Earlier this semester one of my students showed a Sony Playstation promotional video called Michael  in which characters from multiple videogames gather in a bar. A Globe and Mail column describes the scene like this: 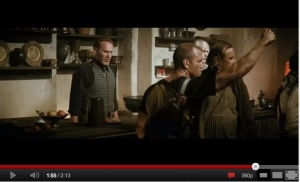 “Michael” is a two-minute live-action film featuring characters from more than a dozen games that have appeared on PlayStation platforms. It begins with a pair of Second World War soldiers from Call of Duty parachuting through the night into a forest. The duo make their way through the shadows to a dimly lit pub, where they find PlayStation-exclusive heroes including God of War’s Kratos, Uncharted’s Nathan Drake, and LittleBigPlanet’s Sack Boy mingling with personalities from popular multiplatform franchises including Portal, Assassin’s Creed, and Metal Gear Solid.

The film builds as each character tells how they were in danger and rescued by “Michael,” who is revealed, as they raise their beer mugs to toast him, as an ordinary teenage male gamer, playstation controller in hand.  The video ends with stirring music and the message “Long Live Play!”  For my students who recognized all the characters, as for the Globe and Mail’s columnist, the film is stirring, because:

Sony’s ad tacitly declares that we don’t play games just for their guns and explosions. It affirms that video game characters and the stories in which they appear are important. It suggests that games make players feel. I’ve spent hours with all of the characters featured in the spot and I felt a legitimate flood of emotion as it built towards its climax.

I am not the audience for this ad, or for the games that it describes, but I see the appeal. Playing videogames, like reading fiction or watching movies or television shows, offers us the chance to identify with heroic characters. More than that, unlike more passive media, but like the make-believe games of young children or our lifelong daydreams, videogames cast us in the starring role. Narratives in 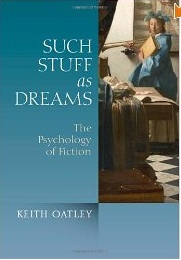 videogames serve the psychological functions that psychologist Keith Oatley describes as characteristic of all fiction: they allow us to empathize with the emotions of characters who are not ourselves and to simulate the behaviors depicted in the story using the mental modeling affordances of the human brain.  In later posts I will discuss further what it means that the simulation is created procedurally, and that we do not just imagine it, but enact it within the storyworld of the game.

This entry was posted in Ch 13 Game Model, Interactive Narrative. Bookmark the permalink.